This program is the first major academic symposia dedicated to exploring the concept of “Lawfare.” Traditionally “Lawfare” was defined as “a strategy of using—or misusing—law as a substitute for traditional military means to achieve an operational objective.” But lately, commentators and governments have applied the concept to International Criminal Tribunals, the defense counsel’s tactics challenging the detention of al Qaeda suspects in Guantanamo Bay and, as indicated in the quote above, to the controversial Goldstone Commission Report. This Conference and Experts Meeting, features two-dozen leading academics, practitioners, and former government officials from all sides of the political spectrum, that examine the usefulness and appropriate application of the “Lawfare” concept.

Professor Waters’ research and teaching interests include foreign relations law, international law, international human rights law and international criminal law, comparative law, conflicts of law, civil procedure, and complex civil litigation. Her scholarly work focuses on the incorporation of international law into domestic legal regimes, and in particular on the role of transnational judicial dialogue in developing international legal norms and in transforming U.S. and other domestic courts into key mediators between domestic and international law. She has written extensively on the debate in Congress and in the media over the use of foreign and international law in interpreting the U.S. Constitution. Her articles have been published in the Columbia, Georgetown, and North Carolina law reviews, in the Yale Journal of International Law, and in numerous edited volumes and symposium collections. In 2006, her work was one of three U.S. entries selected by the American Society of International Law (through a peer reviewed process) for presentation at the inaugural Four Societies Symposium (a joint symposium of the American, Australia/New Zealand, Canadian, and Japanese Societies of International Law). Her scholarship on transnational judicial dialogue has been cited by U.S. Supreme Court Justice Antonin Scalia. Prior to entering law teaching, Professor Waters served in the U.S. State Department as Senior Advisor to Harold Hongju Koh, Asisstant Secretary of State for Democracy, Human Rights & Labor. She was a litigator at Williams & Connolly in Washington, DC, where she was a member of President Clinton’s legal defense team. She has also served as a consultant to the Soros Foundation Open Society Institute, specializing in the design, development and implementation of rule of law and human rights capacity building projects. A proud native of Elm Springs, Arkansas, Professor Waters was a law clerk to the Honorable Morris S. Arnold of the Eighth Circuit Court of Appeals in Little Rock. In addition to her scholarly work, Professor Waters specializes in developing and conducting human rights and rule of law training programs for legal professionals in transitional democracies, most recently partnering with the International Bar Association and ABA/CEELI to train judges and government officials from Iraq and Central Asia.

Sandy Hodgkinson was Deputy Assistant Secretary of Defense for Detainee Affairs, Deputy to the Ambassador-at-Large for War Crimes Issues at the State Department, and Director for International Justice at the National Security Council at the White House. Prior to that, Ms. Hodgkinson was Senior Advisor on Human Rights for the Office of Reconstruction and Humanitarian Assistance (ORHA) and the Coalition Provisional Authority (CPA) in Iraq and Kuwait. She was a Middle East and North Africa Foreign Affairs Officer in the State Department’s Bureau of Democracy, Human Rights and Labor. Prior to entering civil service, Ms. Hodgkinson was in the U.S. Navy Judge Advocate General (JAG) Corps. Her assignments included: Prosecutor and Foreign Criminal Jurisdiction Officer for Europe and Southwest Asia; Court Commissioner for the Navy and Marine Corps Court of Criminal Appeals; and Country Program Manager for the Defense Institute for International Legal Studies. She is currently a Commander in the Navy Reserve JAG Corps and Acting Executive Officer of the Navy Reserve’s International and Operational Law Unit. Ms. Hodgkinson earned her B.A. at Tulane University (1992); her M.A. at the University of Denver Graduate School of International Studies (1995); and her J.D. at the University of Denver College of Law (1995). She has studied at l’Institut d’Etudes Politiques in Paris and the Hague Academy of International Law. Licensed to practice law in Washington, D.C. and Colorado, she has taught National Security Law at Catholic University’s Columbus School of Law and published articles on international and preventive law.

David J. R. Frakt is an Associate Professor of Law at the Barry University Dwayne O. Andreas School of Law and a Lieutenant Colonel in the U.S. Air Force Judge Advocate General’s Corps Reserve. He earned his B.A., summa cum laude, from the University of California, Irvine and his J.D., cum laude, from Harvard Law School. After law school, he clerked for the Honorable Monroe G. McKay, former Chief Judge of the U.S. Court of Appeals for the Tenth Circuit. From 1995 to 2005, he served on active duty with the U.S. Air Force Judge Advocate General’s Corps (JAG) before transitioning to the Air Force Reserve and becoming a law professor. He was Director of the Criminal Law Practice Center at Western State University College of Law from May 2005 to July 2010. He has also been an adjunct professor at Georgetown University Law Center. From April 2008 to August 2009, Professor Frakt took a military leave of absence from teaching to serve as lead defense counsel with the Office of Military Commissions, representing two detainees at Guantanamo facing war crimes and terrorism charges before the U.S. military commissions. He was the first defense counsel to win the pretrial dismissal of all charges against his client, Mohammed Jawad, a juvenile from Afghanistan, and also won Mohammed’s release through a habeas corpus petition in federal court. He was the sole defense counsel in one of the only two military commission trials completed during President Bush’s tenure in office, representing Ali Hamza al Bahlul. Professor Frakt is a highly regarded expert in the field of international war crimes, military law and military commissions and has been frequently quoted in the national media, including in the New York Times, Washington Post, Newsweek, Los Angeles Times, New York Review of Books, Wall Street Journal, USA Today, Miami Herald, The Nation and the Atlantic Monthly. He has written widely in both scholarly and popular periodicals. His articles and letters have been published in the Washington Post, New York Review of Books, Harvard Human Rights Journal, American Journal of Criminal Law, and Florida State University Law Review, as well as online on Salon.com, CNN.com, Huffington Post, and truthout.org. He has been a repeat guest on MSNBC’s Rachel Maddow Show, and on PRI’s “The World” and recently debated terrorism issues on the “Intelligence Squared” Debate series, broadcast nationally on Bloomberg News and NPR. Professor Frakt is a frequent guest speaker at law schools, conferences and symposia. Recent speaking appearances include Harvard, Duke, UCLA, Case Western, Seton Hall, and NYU Law School. Professor Frakt is a contributor to the ACLU National Security Project’s Torture Report and was featured in the book The Guantanamo Lawyers: Inside a Prison, Outside the Law. Professor Frakt teaching and scholarship areas are criminal law, criminal procedure, evidence, international war crimes and international humanitarian law. His latest articles will be published in the Duke Law Journal, the Case Western Reserve Journal of International Law and the Air Force Law Review.

Prior to joining Greenberg & Lieberman, Mike Lebowitz already was recognized as an award-winning international journalist. Among other writing credits, he was a weekly columnist for the Jerusalem Post and a reporter for the News-Herald in Cleveland. Mike also was a legal consultant in East Africa where he focused on media law and judicial reform. In 2005-2006, he served in Iraq as a paratrooper with the elite Pathfinder Company of the 101st Airborne Division. Mike was recognized and decorated by the command for his direct role in capturing high-value individuals throughout Iraq that included foreign fighters, insurgents, terrorist masterminds and financiers. Currently, Mike is a JAG officer with the Virginia Army National Guard. In that capacity, he is a defense counsel for the 29th Infantry Division where he provides legal assistance to those enlisted soldiers and officers subject to adverse action. He also helps advise the command, negotiates agreements and provides confidential legal assistance to any service member. Mike’s civilian practice is dedicated to his work at Greenberg & Lieberman. While at the firm, Mike has engaged in some high-profile military defense cases. He is recognized as an authority on the subject of military expression, and has been quoted in numerous media outlets including the Washington Post, CNN and USA Today. He also has testified to separate US House and Senate hearings as a legal expert. In addition, Mike has aided in the prosecution of numerous patent applications, provided intellectual property counsel for both start-up and established businesses and been involved in litigation with such heavyweights as Nike and Microsoft. In the community, Mike is an advocate for veterans’ rights. He also provides pro bono legal services for the Student Press Law Center and regularly conducts client intake with the Washington Legal Clinic for the Homeless. 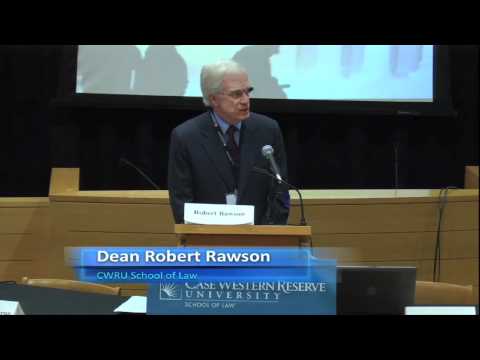 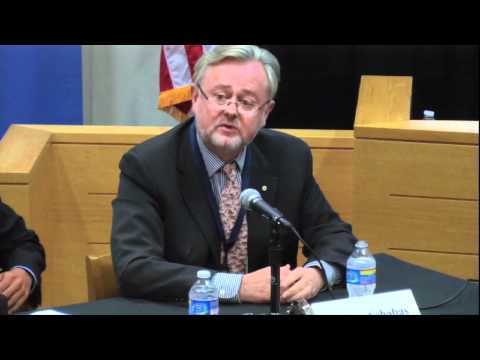 Lawfare and the Israeli-Palestine Predicament 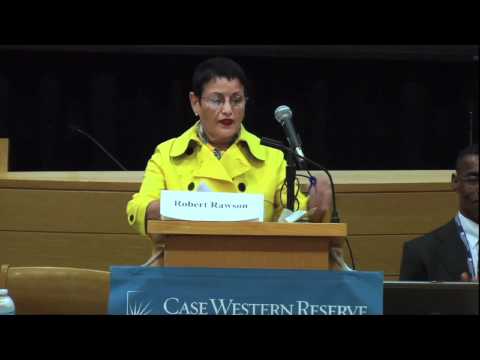 Historical and Semiotic Origins of “Lawfare” 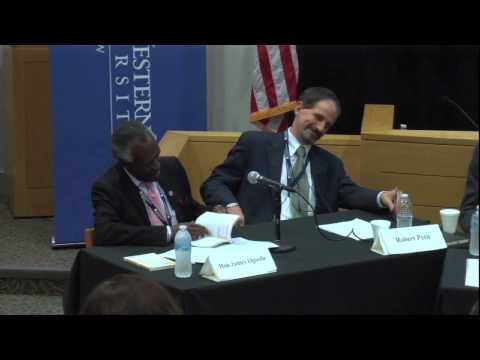