Philosopher Kwame Anthony Appiah discusses honor and its place in social and political movements throughout modern history through his new book is The Honor Code: How Moral Revolutions Happen. Long neglected as an engine of reform, honor emerges at the center of our modern world in Kwame Anthony Appiah’s The Honor Code. Over the last few centuries, new democratic movements have led to the emancipation of women, slaves, and the oppressed. But what drove these modern changes, Appiah argues, was not imposing legislation from above, but harnessing the ancient power of honor from within. In gripping detail, he explores the end of the duel in aristocratic England, the tumultuous struggles over footbinding in nineteenth-century China, and the uprising of ordinary people against Atlantic slavery. Finally, he confronts the horrors of “honor killing” in contemporary Pakistan, where rape victims are murdered by their relatives. He argues that honor, used to justify the practice, can also be the most effective weapon against it.

Kwame Anthony Appiah is a philosopher, novelist, professor and cultural theorist. He grew up in Ghana and earned a Ph.D. in Philosophy at Cambridge University in London. Professor Appiah has lectured around the world and taught at Princeton, Yale, Cornell, Duke and Harvard Universities before moving to New York University where he now teaches in the Department of Philosophy. In 2009 _Forbes Magazine_ named him one of the world’s most powerful thinkers, in 2010 he was on the list of _Foreign Policy Magazine’s_ top global thinkers, and he was awarded the National Humanitarian Medal at a White House ceremony in 2012. Appiah, the author of numerous books and articles, has traveled around the world giving lectures on multiculturalism, global citizenship, courage, identity, and religion. One of his early books, _In My Father’s House_, which explores the role of African American intellectuals in shaping contemporary African life, won the Anisfield-Wolf Book Award and the Herskovits Award for the most important scholarly work on African studies published in English. Appiah is well known for his columns and podcasts as the Ethicist for the _New York Times_.

Henry Louis Gates Jr., is the Alphonse Fletcher University Professor and the Director of the W.E.B. Du Bois Institute for African and African American Research at Harvard University. Professor Gates is Editor-in-Chief of the Oxford African American Studies Center, the first comprehensive scholarly online resource in the field of African American Studies and Africana Studies, and of The Root, an online news magazine dedicated to coverage of African American news, culture, and genealogy. He is the co-author, with Cornel West, of The Future of the Race (1996), and the author of a memoir, Colored People (1994), that traces his childhood experiences in a small West Virginia town in the 1950s and 1960s. Among his other books are The Trials of Phillis Wheatley: America’s First Black Poet and Her Encounters with the Founding Fathers (2003); Thirteen Ways of Looking at A Black Man (1997); and Loose Canons: Notes on the Culture Wars (1992). He is completing a book on race and writing in the eighteenth century, entitled Black Letters and the Enlightenment. Professor Gates earned his M.A. and Ph.D. in English literature from Clare College at the University of Cambridge, and his B.A. summa cum laude in History from Yale University, where he was a Scholar of the House, in 1973. Before joining the faculty of Harvard in 1991, he taught at Yale, Cornell, and Duke. In his career he has received nearly 50 honorary degrees, from institutions including the University of Pennsylvania, Dartmouth College, Harvard University, New York University, University of Massachusetts-Boston, Williams College, Emory University, Howard University, University of Toronto, and the University of Benin.

Andrew Young and Kabir Sehgal: Civil Rights and the Journey Ahead 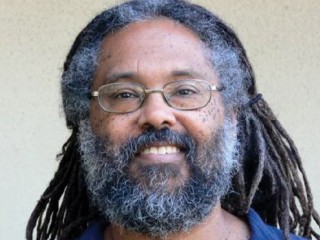 In Between: Race in America Today