Joanne Chang, pastry chef and owner of Flour Bakery and Cafe, will tempt you in the kitchen with her book of recipes, as used in her popular bakeries in Boston and Cambridge. Browse the book and see her latest feats: Flour: Spectacular Recipes from Boston’s Flour Bakery and Cafe. Every day 1,500 Bostonians can’t resist buying sweet, simple treats (Homemade Pop-Tarts!) from Joanne Chang, an alumna of Harvard with a degree in economics. While at Harvard she discovered that nothing made her happier than baking cookies–leading her on a path that eventually resulted in a sticky bun triumph over Bobby Flay on the Food Networks Throwdown. From Brioche au Chocolat and Lemon Raspberry Cake to perfect croissants, Chang’s repertoire of baked goods is deep and satisfying. Almost 150 Flour recipes such as Milky Way Tart and Dried Fruit Focaccia are included, plus Joannes essential baking tips, making this mouthwatering collection an accessible, instant classic cookbook for the home baker.

Joanne Chang, an honors graduate of Harvard College with a degree in Applied Mathematics and Economics, left a career as a management consultant to enter the world of professional cooking. She started as garde-manger cook at Boston’s renowned Biba restaurant, worked for a year assisting the owner/head-baker of Bentonwood Bakery in Newton, and in 1995 was hired as Pastry Chef at Rialto restaurant in Cambridge. Joanne moved to New York City in 1997 to work in the cake department of the critically acclaimed Payard Patisserie and Bistro. Returning to Boston a year later with dreams of opening up her own pastry shop, she brought her French and American training to Mistral where she was the Pastry Chef until summer of 2000. In 2000, she opened Flour, a bakery and café, in Boston’s South End. Flour features breakfast pastries, breads, cakes, cookies, and tarts as well as sandwiches, soups, and salads. In 2007 she opened a second branch of Flour in the Fort Point Channel area and in June 2010 she will be opening a third branch in Cambridge. Flour has been featured in Gourmet, Food&Wine, Bon Appetit, the New York Times, Conde Nast Traveler, Lucky Magazine, Inc. Magazine, and Boston Magazine and has received numerous Best of Boston awards. Flour was also featured on Throwdown with Bobby Flay on the Food Network in which Joanne’s sticky buns won over Chef Flay’s. Joanne and her husband Christopher Myers also opened a Chinese restaurant, Myers+Chang, in the South End down the street from the original Flour in Fall of 2007. Myers+Chang is a fun, hip, pan-Asian restaurant that features dishes from Joanne’s childhood as well as updated versions of traditional Chinese dishes. Joanne’s energetic commitment to excellence extends beyond the kitchen. She writes pastry articles and reviews cookbooks for Fine Cooking magazine. She teaches classes and advises pastry cooks both within the bakery and at area cooking schools. An avid runner, she has competed in every Boston Marathon from 1991 - 2006. She has written a cookbook, Flour: Spectacular Recipes from Boston’s Flour Bakery+Cafe, which is being published by Chronicle Books and comes out in October 2010

The Comfort of Good Food And Drink 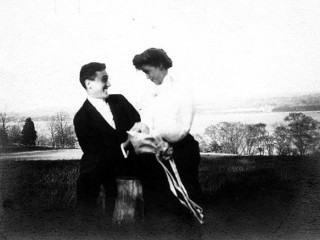