Ayanna Pressley’s career has been marked by history-making campaigns and a relentless determination to advance a political agenda focused on women and girls, building healthy communities, and breaking cycles of poverty, violence, and trauma. Ayanna was first elected to the Boston City Council on November 3, 2009, becoming the first woman of color ever elected to the Council. In her subsequent 2011, 2013 and 2015 reelection campaigns, Ayanna made history as the first person of color and the first woman in 30 years to top the ticket. During her time in office, Ayanna created and chairs the City Council’s Committee on Healthy Women, Families, and Communities. The Committee is devoted to the causes that she has always been most devoted to: stabilizing families and communities, reducing and preventing violence and trauma, combating poverty, and addressing issues that disproportionately impact women and girls. Ayanna is committed to working in partnership with community, building broad and diverse coalitions to advance policy reforms. She has earned local and national attention for her efforts to provide pathways to graduation for pregnant and parenting teens, ensure Boston high school students receive comprehensive sexual health education, diversify economic and wealth building opportunities for women and people of color, and strengthen support services for families of homicide victims and sexual assault survivors. In 2013, she formed the Elevate Boston coalition to ensure issues uniquely impacting women and girls and the LGBTQ community were part of the 2013 Boston mayoral race debate. In 2015, Ayanna earned the EMILY’s List Rising Star Award. In 2014, she was named to Boston Magazine’s Power of Ideas list, was a Greater Boston Chamber of Commerce Ten Outstanding Young Leaders honoree, and earned the Victim Rights Law Center’s Leadership Award. Ayanna is an Aspen-Rodel Fellow in Public Leadership (Class of 2012) and was selected as a Truman National Security Project Partner in 2012. Ayanna’s political career spans more than 18 years, in various behind-the-scene capacities at the federal level of government. She previously worked as a Senior Aide for Congressman Joseph P. Kennedy II and Senator John Kerry. Ayanna resides in Dorchester with her husband Conan Harris and her 6 year old stepdaughter Cora.

Born in Brooklyn in 1957, Martín Espada was once called by Sandra Cisneros “the Pablo Neruda of North American authors.” A poet, editor, essayist, and translator, he has published more than 16 collections and has earned a reputation as a writer of passionate social and political conviction, as well as intense lyricism. When asked about his reasons for writing, he responded, “Compulsion. It feels urgent. There are ghosts that tell me to write…I’m talking about the interplay of imagination and memory and ancestors, both literal and figurative.” Espada’s poetry is informed by those ancestors and by his own past self. In “Who Burns for the Perfection of Paper,” he reminds us of the countless nameless, faceless workers whose efforts go unacknowledged and uncelebrated. Edward Hirsch has written of Espada, “He stands up for what Whitman calls ‘the rights of them the others are down upon’ and writes a fiery, impure, earth-tinged, human-centered poetry.” Espada’s awards include the Paterson Poetry Prize, the Robert Creeley Award, and the Gustavus Myers Outstanding Book Award. Formerly a tenant lawyer, Espada is a professor of English at the University of Massachusetts-Amherst, where he teaches creative writing and the work of Pablo Neruda.

Jennifer Haigh is a novelist and short story writer. Her first book, Mrs. Kimble, won the 2004 PEN/Hemingway Award for debut fiction. Her second, Baker Towers, was a New York Times bestseller and won the 2006 PEN/L.L. Winship Award for outstanding book by a New England author. Both have been published in nine languages. Other fiction has been published in Granta, Ploughshares, Five Points, Good Housekeeping and other places.

Giles Li is the Executive Director of BCNC, and has been at BCNC since 2006. With more than 15 years of experience in the nonprofit sector, Giles has a proven track record of direct service, advocacy work, and management experience. Having grown up locally in an immigrant family, he has a life-long connection and commitment to the community in and beyond Chinatown. Giles is a recognized thought leader and public speaker in Asian American communities nationwide. He holds a Master’s degree in Public Affairs from UMass-Boston and is an alumnus of the Institute for Nonprofit Management and Leadership. Giles has also served as adjunct faculty in the Asian American Studies program at UMass-Boston, and is a cross-sector leader who has served on several boards and committees, including the Task Force for Financial Literacy at the Office of the State Treasurer, the Advisory Board for the Mayor’s Office for Immigrant Advancement and the Associated Grant Makers Board of Directors.

Martha Collins is the author, most recently, of Admit One: An American Scrapbook (Pittsburgh, 2016), Day Unto Day (Milkweed, 2014), White Papers (Pitt Poetry Series, 2012), and Blue Front (Graywolf, 2006), a book-length poem based on a lynching her father witnessed when he was five years old. Collins has also published four earlier collections of poems, three books of co-translations from the Vietnamese, and two chapbooks (see Books and Poems). Both White Papers and Blue Front won Ohioana awards. Blue Front also won an Anisfield-Wolf Book Award, and was chosen as one of “25 Books to Remember from 2006” by the New York Public Library. Collins’ other awards include fellowships from the NEA, the Bunting Institute, the Ingram Merrill Foundation, and the Witter Bynner Foundation, as well as three Pushcart Prizes, the Alice Fay Di Castagnola Award, a Lannan residency grant, and the Laurence Goldstein Poetry Prize. Collins founded the Creative Writing Program at UMass-Boston, and for ten years was Pauline Delaney Professor of Creative Writing at Oberlin College. She is currently editor-at-large for FIELD magazine and one of the editors of the Oberlin College Press. In spring 2010, she served as Distinguished Visiting Writer at Cornell University.

Jabari Asim, the former deputy editor of Washington Post’s Book World. He is now the editor of the NAACP’s magazine, The Crisis. He authored, The N Word: Who Can Say It, Who Shouldn’t and Why, in 2007, and was interviewed on Book TV on 5 May 2007. He is also the author of a book on erotica, Brown Sugar, as well as numerous books for children, among them, Daddy Goes to Work.

Liana Asim (Mai Tamba) is a playwright/actor. She was last seen on stage as Marcus Lycus in the Stoneham Theatre production of A Funny Thing Happened On the Way to the Forum. She was also chosen as a 2015 BCA and Company One PlayLab Fellow. Her full-length plays include Bedfellows, The King of Love Is Dead, Slut Walk or A Play About Marilyn Monroe, The Hairy Scary (musical co-written w/J. Asim and Joshua Stephen Kartes.) Her work has been developed at BCA/Company One, Boston Theatre Marathon, Fresh Ink Theatre, Davenport Studios NYC, Playwright’s Platform and Emerson College in Boston, MA. She has studied performance art at Northwestern University and screenwriting and playwriting at Emerson College. She is the proud wife of author Jabari Asim, and mother to five brilliant children.

Danielle Legros Georges is Boston’s Poet Laureate. She was born in Haiti but grew up in Boston’s Haitian community in Mattapan. She has been teaching in Lesley University’s Creative Arts in Learning Division since 2001. Her recent literary awards include the 2014 Massachusetts Cultural Council Artist Fellowship in Poetry, the 2012 Massachusetts Cultural Council Finalist in Poetry, Lesley University Faculty Development Grants, and a 2013 Black Metropolis Research Consortium Fellowship/Andrew W. Mellon Grant. She’s quoted on the website as saying, “America is best when it recognizes its inherent plurality. Americans are best when, embracing plurality, we move toward and seek to understand those around us. Americans are best when we are engaged and dialogic . . . . It allows us to see that, though different in many ways, de Crèvecoeur, Wheatley, and Lazarus, were each immigrants or the daughter of immigrants. They were bicultural, and bilingual, if not speakers of several languages.”

After teaching Creative Nonfiction for many years, Alexis Rizzuto started in the publishing business at the Kneerim & Williams literary agency, then moved to the editorial side at Da Capo Press before coming to Beacon Press, where she acquires books about the environment (energy, climate, food, nature, conservation).

Marta Rivera has 25 years of experience working in communities throughout Boston. She is currently a coordinator for the Greater Boston Latino Network. In addition to this work, for the past eleven years, Ms. Rivera has been a Parenting Educator with Families First Parenting Programs, which provides training to low-income parents, who have limited access to parenting resources. Ms. Rivera was the Service Delivery Manager for StreetSafe Boston, an initiative of the Boston Foundation (TBF) whose purpose was to develop a proven program model that would reduce gang-related violence in neighborhoods disproportionately and persistently affected by high rates of violent crime. Before joining TBF, Ms. Rivera worked in city government as the Director of Capacity Building & Community Partnerships with the Boston Centers for Youth and Families (BCYF), and as the Constituent Services Director to City Councilor Michael P. Ross. Born and raised in Boston’s Mission Hill, Ms. Rivera is an active member of civic groups and organizations. Currently, she is the Board President of Sociedad Latina, a non-profit organization that addresses some of the most pressing issues facing Latino youth today through a vast array of programs. She is deeply committed to issues affecting urban families, youth and marginalized communities.

Fred Marchant is the author of four poetry collections. His most recent book, The Looking House, was selected by the Barnes and Noble Review as one of the five best books of poetry in 2009. He is also the editor of Another World Instead: The Early Poems of William Stafford 1937-1947, and the co-translator, with Nguyen Ba Chung, of From a Corner of My Yard by Vietnamese poet Tran Dang Khoa. A 2009 co-recipient of the May Sarton Award from the NEPC, he is the director of the Creative Writing Program and the Poetry Center at Suffolk University. Photo credit to Michelle DeBakey.

A History of Protest 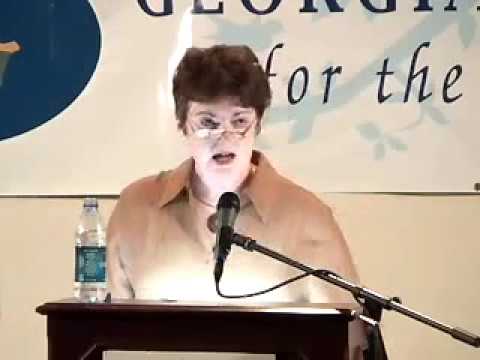 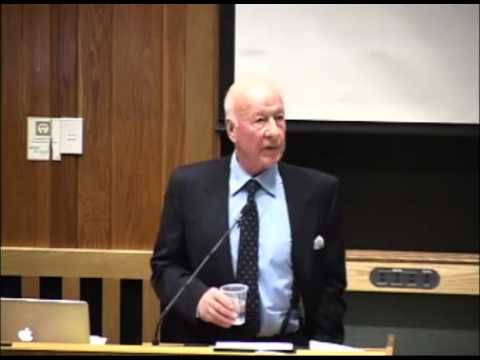 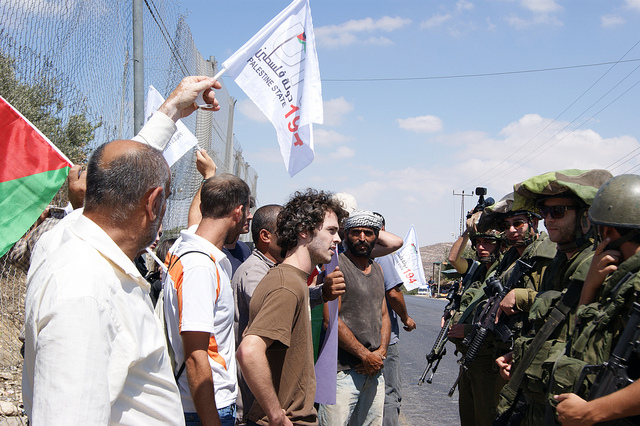 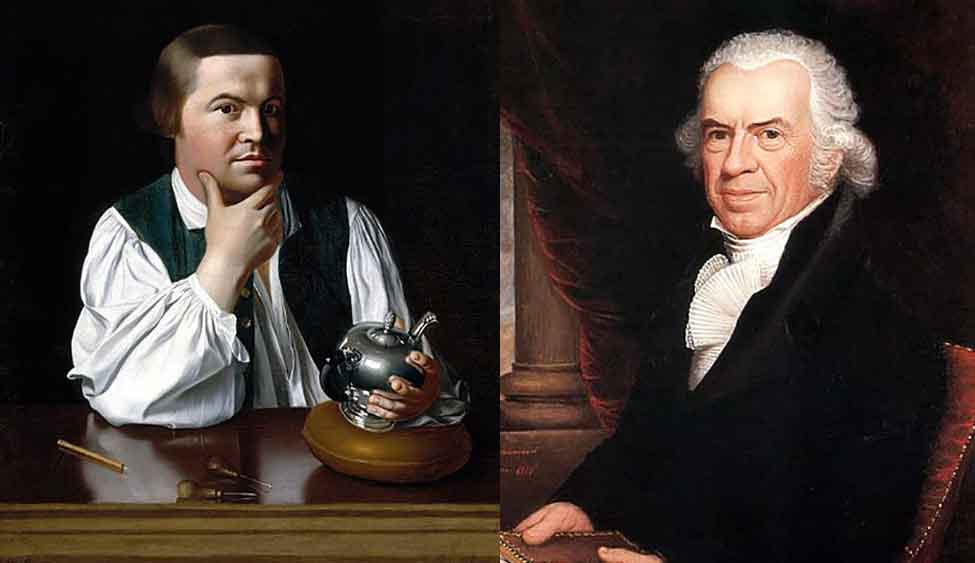