Chef-extraordinaire Chris Kimball and the cast of America’s Test Kitchen discuss the new The Complete America’s Test Kitchen TV Show Cookbook. With the 2010 season, America’s Test Kitchen, the beloved public television show, will have been on the air for 10 years, offering up fool-proof recipes, tips on what equipment and ingredients to buy, and solutions to the most vexing of kitchen-related mishaps. The cast looks back on the years so far with the entire cast, mentions a little about the upcoming season, and talks about the new definitive cookbook, featuring every recipe to have appeared on the show. The Complete America’s Test Kitchen TV Show Cookbook brings back all the great recipes from previous seasons, and gives an inside look at what we can look forward to in 2010. Recipes include Blueberry Muffins, Crisp Skinned Roast Chicken, Baked Ziti, Ciabatta, Roast Beef Tenderloin, Old-Fashioned Burgers, Grill Roasted Turkey Breast, Hearty Italian Meat Sauce, Mexican Pulled Pork, Fresh Berry Gratin, Super Chewy Chocolate Chip Cookies, and many more.

Christopher Kimball founded Cook’s magazine, a national magazine for cooking hobbyists, in 1980 and served as publisher and editorial director through 1989. In 1984, Chris founded the Who’s Who of Cooking in America, to honor leading American chefs, restaurateurs, vintners, food writers, and food producers. In 1993, Chris relaunched Cook’s magazine as Cook’s Illustrated and in 2005 founded Cook’s Country. Chris serves as publisher and editor of both magazines. Chris is also the host of America’s Test Kitchen, a public television cooking show now in its eighth season. He is also the host and executive producer of a new TV show, Cook’s Country, which aired with its first season in September 2008. Chris is a regular contributor to NBC’s The Today Show and The CBS Early Show and has been featured in many publications, including The New Yorker, The Wall Street Journal, The New York Times, People magazine, The New York Times Book Review, The Washington Post, and The Los Angeles Times. Chris is also a columnist for the Boston-based TAB newspaper group. He was inducted into the Who’s Who of Food and Beverage in America in 1996. He is also the author of The Cook’s Bible, The Yellow Farmhouse Cookbook, Dear Charlie (Christopher Award Winner), The Dessert Bible, and The Kitchen Detective. He lives in Boston and Vermont with his wife, Adrienne, daughters Whitney, Caroline, and Emily, and son, Charles.

Bridget Lancaster, deputy editor of Cook’s Country magazine, joined the Cook’s team in 1998 and is responsible for all recipe testing and development in Cook’s Country. She has worked on many of the company’s cookbook projects and is also an on-screen test cook for America’s Test Kitchen. She is also a cast member of the new TV show, Cook’s Country, which aired with its first season in September 2008. Her career led her to work in various kitchens in the South and Northeast, concentrating on pastry, and she has also taught culinary classes and given live cooking demonstrations. Bridget’s husband, Stephen, is a professional chef, and along with their two sons, they enjoy working on their favorite hobby–barbecue.

Julia Collin Davison is a senior editor for the books division of America’s Test Kitchen and is an on-screen test cook for America’s Test Kitchen. She is also a cast member of the new TV show Cook’s Country, which aired with its first season in September 2008. She began working as a test cook for Cook’s Illustrated in 1999 and is responsible for the food and recipe development for all America’s Test Kitchen cookbooks. She holds an A.O.S. degree from the culinary institute of America and a B.A. in Psychology and Philosophy from SUNY Albany. Before coming to America’s Test Kitchen, she worked in Albany, the Berkshires, San Francisco, and the Napa Valley at several restaurants, catering companies, schools, and wineries. Julia resides in Natick, Massachusetts, where she enjoys cooking with her husband, Ian, who is a fishmonger, and her daughter, Marta.

Jack Bishop is the editorial director of America’s Test Kitchen. He joined the staff of Cook’s magazine in 1988 and helped with the launch of Cook’s Illustrated in 1993. He established the tasting protocols used in America’s Test Kitchen and has authored dozens of articles for the magazine. Jack directed the launch of Cook’s Country magazine and oversees editorial operations at both magazines. He is a cast member of America’s Test Kitchen, the top-rated public television cooking show now in its eighth season. He is also a cast member of the new TV show Cook’s Country, which aired with its first season in September 2008. Jack edited The Best Recipe (1999) and established the books division at America’s Test Kitchen. He is the author of several cookbooks, including A Year in a Vegetarian Kitchen, Vegetables Every Day, The Complete Italian Vegetarian Cookbook, Pasta e Verdura, and Lasagna. Jack’s wife, Lauren Chattman, is a cookbook author and former pastry chef. They have two daughters.

Adam Ried is the keeper of the Equipment Corner on America’s Test Kitchen. He is also a cast member on the new TV show Cook’s Country, which aired with its first season in September 2008. During his 10 years as an editor for Cook’s Illustrated, Adam developed and edited recipes, wrote feature stories, and contributed to many other sections of the magazine, including the popular Quick Tips. Moreover, Adam bore primary responsibility for the highly respected kitchen equipment testing and ingredient tasting features at Cook’s Illustrated. Now a contributor to Cook’s Country magazine and the cooking columnist for The Sunday Boston Globe Magazine, Adam has taught cooking and food writing; written for local, national, and international publications; and consulted for restaurants and kitchen equipment manufacturers. He is a graduate of Macalester College and the culinary certificate program at Boston University. 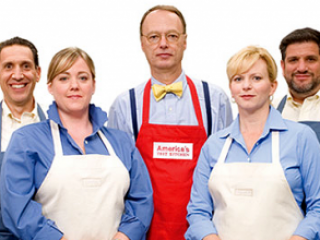 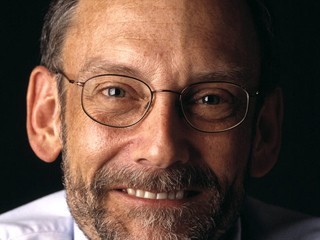 Ruth Reichl: Not Becoming My Mother